Slowly I have unfolded myself from the car after a superb weekend enjoying Bressingham's Steam Park and Garden.

The event was organized by epic Steampunk Band "Thy Last Drop" and staff at Bressingham Steam Park and Gardens.

At this event we were fortunate to have Steampunk Shenanigans on site. This trio of adventures host a variety of Steampunk games such as Tea Duelling, Umbrella Fencing and Airship Shooting.  Two of the bands were also known to us, Thy Last Drop and Metropolis. A third band, Gladstone came with the recommendation that they knew what they were doing. And there we have the crux of the matter. We knew we could trust everyone there, no-one was going to interfere with anyone, put anyone down or put their needs over anyone else's. Everyone was there with one aim in mind. Not to make themselves look good but to make sure that the visitors had a good time !

This attitude wasn't just seen in the performers, the staff at the Steam Park were united in our cause as well. Hollywood films would like to have you think that when you have staff who run a venue meet outsiders that there would be friction. But there never is. In 4 years of gigging I have ALWAYS been made to feel welcomed by venue staff. 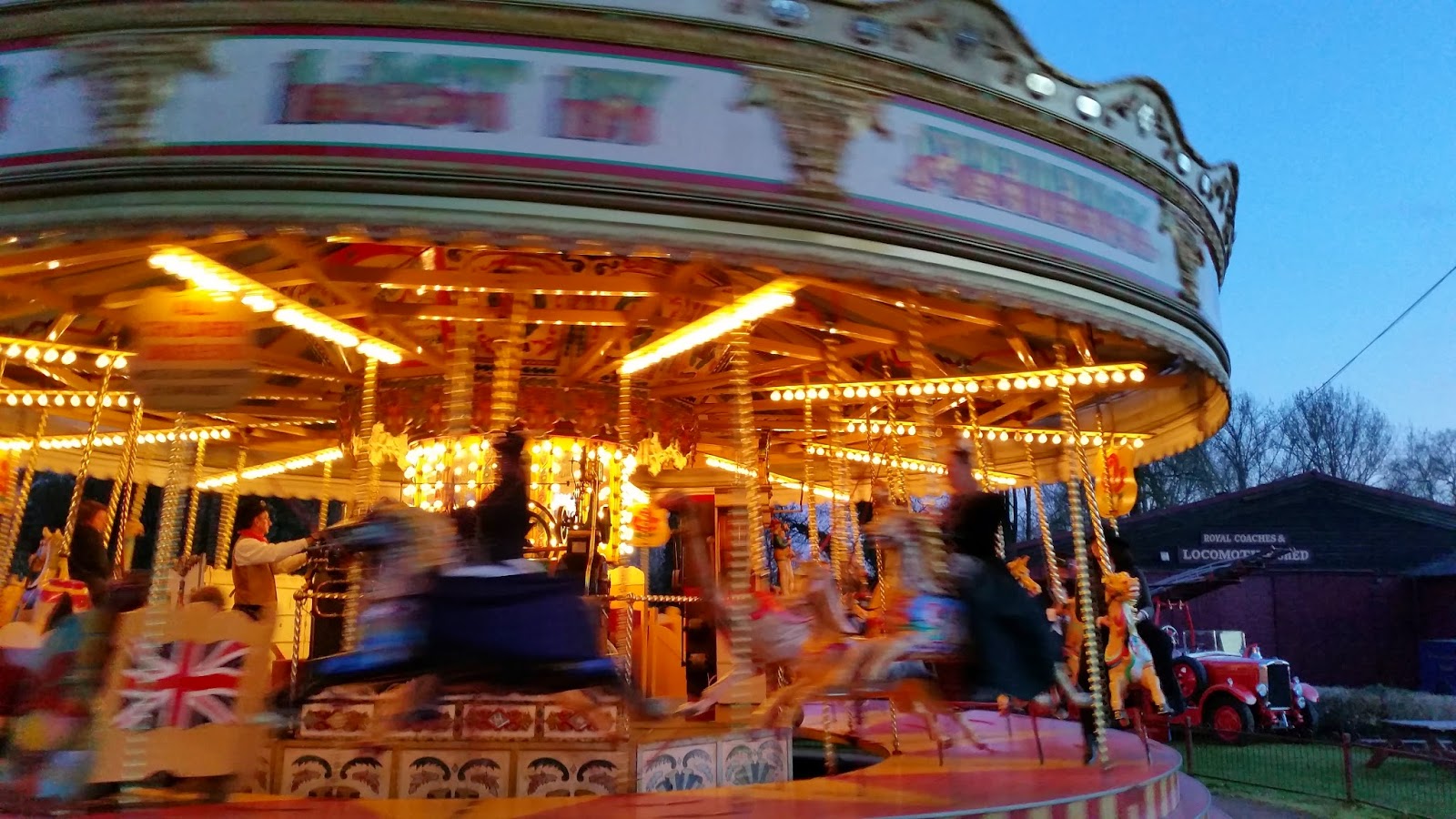 The venue was stunning. A mixture of Victorian fairground, World War Two scenery and a touch of mad scientist machinery. The moment we walked in our imaginations were fired up and ready to go! Darren prepared his monologue, an exert from the superb "Leopold Thorn" stories. I started hunting out good places to go up to groups of people to perform close up magic.

In the space of the first day I performed to at least 25 groups of people (some rather large). One thing I LOVE about close up magic is how it can be adapted to the event. Sometimes I used a Victorian spin, other times a mad scientist theme run through the series of effects. The gardens with their steam powered fairground ride

Day two was rather different. We saw a LOT of young families come in. Unlike day one these were people visiting the park for it's own sake and not for the steampunk event. I was asked to perform to everyone however and luckily I have a solid children's set to build on. After a morning of performing to young and old, Steampunk to regular Garden visitor I settled in for a close up routine inside. The mixture of Steampunk Shenanigans and Darren's story telling worked so well we decided an intense 30 minute close up session would fit well into the schedule. I was set up in a replica of Mr. Mannerings office from Dad's Army. The setting combined with the surrounding mad sciences reminded me of an experiment in World War Two which I replicated.By having a table and control over the surroundings I was able to delve further into deep psychological  magic. It's ironic how a performance to 25 people in a room can be more intimate than performing to just one person outside.

The whole event was quite frankly superb. I have to mention the most excellent photographers who came along,  Towillen Steampunk Photographers. Hopefully I'll be able to show off the fruits of their labours soon.